Explore Properties in the Neighborhoods of Malaysia

294 Properties for you
Sale

261 Properties for you
Sale

248 Properties for you
Sale

179 Properties for you
Sale

103 Properties for you
Sale

30 Properties for you
Sale

22 Properties for you
Sale

8 Properties for you
Sale

6 Properties for you
Sale

3 Properties for you
Sale 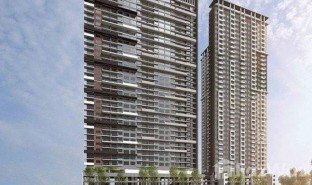 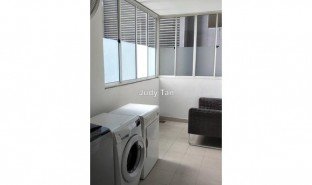 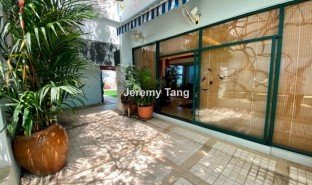 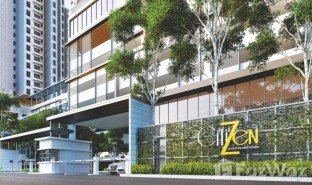 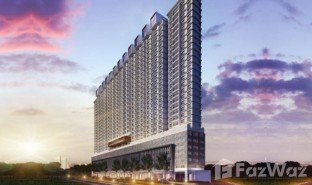 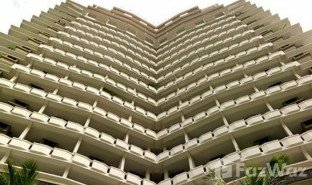 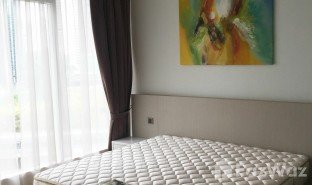 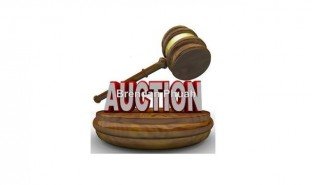 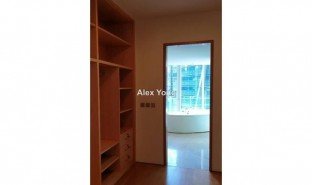 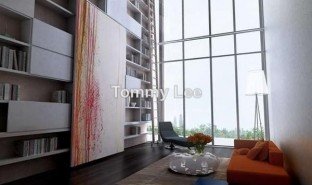 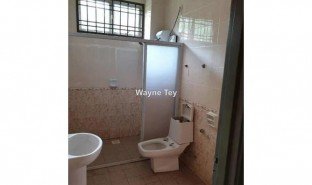 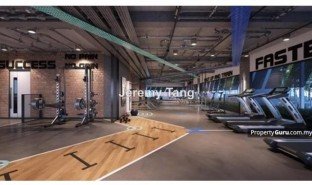 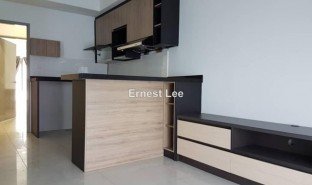 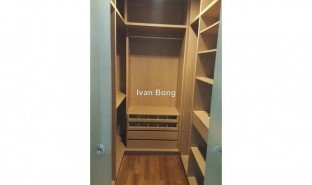 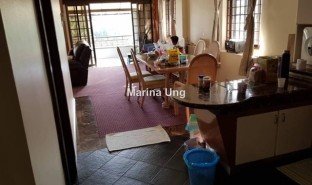 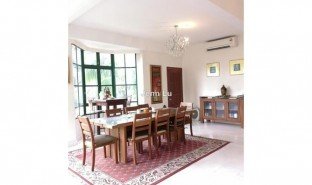 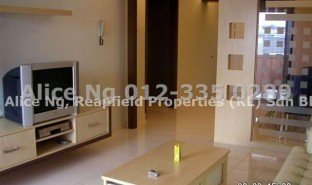 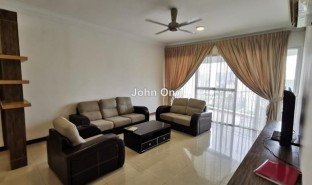 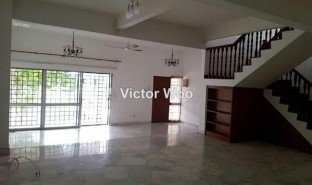 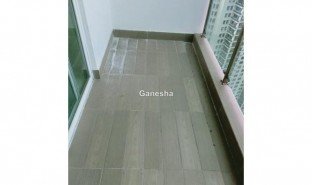 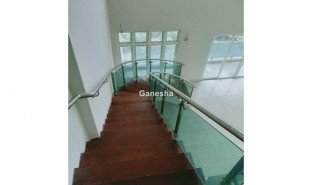 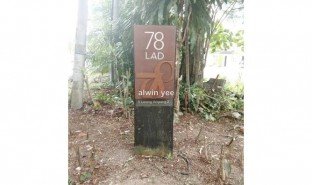 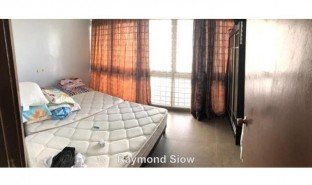 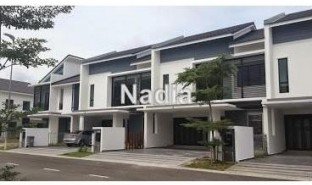 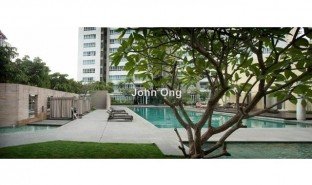 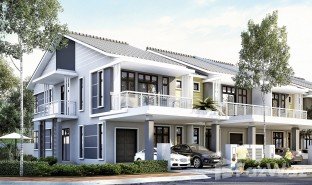 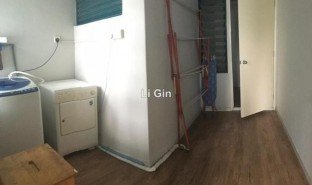 What You Need to Know About Malaysia

Malaysia is a multi-ethnic and multicultural country in Southeast Asia, situated just north of the Equator, with one part on a peninsula of the Asian mainland (West Malaysia) and the other part on the northern third of the island of Borneo (East Malaysia). It is divided into 13 states and three federal territories. 11 states and two federal territories (Kuala Lumpur and Putrajaya) are located within West Malaysia, while East Malaysia has two states and one federal territory (Labuan).
Malaysia is an interesting mix of a developing nation and the modern world. It has become one of Southeast Asian’s third richest countries due to its industrialized market economy and investment in high tech industries. Besides its modern infrastructure, the country is also known for its pleasant tropical islands, beautiful beaches, lush rainforests, and exotic wildlife.

Learn more about the Malaysia property market through trends and average prices.

How affordable is it to live in Malaysia?

The median sales price is approximately RM1,540,000 in Malaysia

The median price per square feet in Malaysia is RM702

The Malaysia area currently has 1,156 properties for sale

Malaysia is the 43th-most populous country in the world, with a population of over 32 million people. More than 1.8 million of the population live in its federal capital, Kuala Lumpur (often abbreviated as KL). Kuala Lumpur is the world’s sixth most visited city, welcoming approximately 13.79 million people in 2018. The city’s mix of culture (Malay, India, Chinese, and Western) creates an intriguing blend of culture, food, shopping, and nightlife. The most popular attraction in the city is the Petronas Towers. At 451m high, these towers dominate the city’s skyline. Visitors can get a very beautiful bird’s eye view from the deck on the bridge that joins the towers on levels 41 and 42.
Besides the towers, another popular attraction is Batu Caves, which is a limestone hill with a series of caves and cave temples. The temples are one of the world’s most famous Hindu Shrines in India and are dedicated to Lord Murugan. Visitors can find the world’s tallest statue of Murugan at the entrance to the area.
Besides Kuala Lumpur, Penang is also popular among international visitors. It is home to Malaysia’s second-largest city, George Town. Listed as a UNESCO World Heritage Site, this city has the largest collection of pre-war buildings in Southeast Asia. It is also the best destination for those who want to indulge in the country’s cultural sights. Besides George Town, Penang also has beautiful nature. Visitors can relax in Batu Ferringhi beach or climb up Penang Hill.

Types of Property in Malaysia

There are a number of different property types in Malaysia. However, the most popular types include condominiums, apartments, villas, bungalows, and semi-detached houses.
Apartments and condominiums are the most popular among foreign investors. Condominiums are usually built within high-rise buildings and all residents share the common areas such as the swimming pool, children’s playground, and gym. Each unit usually has a designated parking lot and residents are provided with 24-hour security. The layout varies from studio room, one- to four-bedroom, to penthouses.
Apartments are similar to condominiums but slightly less luxurious. They may have basic facilities, such as 24-hour security and parking spaces, but not all apartments offer common areas with swimming pools and gyms.
Bungalows are the most popular type for those looking for land properties. These are standalone units surrounded by a large plot of land, parking area, and a garden, offering its owner privacy and luxury. The average size for a bungalow in the country is around 185 square meters to 1161 square meters. Villas are similar to bungalows but usually come with a huge build-up. Although there is no proper guideline on how a villa should be developed, they are usually very luxurious. Some even come with private swimming pools.
Semi-detached houses, or Semi-Ds, can be found in many parts of the country. These are identical houses that share a common wall with its neighbor. While they are not as luxurious as a bungalow, owners can still enjoy a degree of space and privacy.

What is the average price of a Property in Malaysia?

Malaysia offers a high quality of life and low cost of living, which is why it is a popular destination for expats around the globe. Lifestyle in the country can be as humble or as extravagant as you wish it to be. Most expats can live extremely well on 10,000 MYR (approx. 2,500 USD) as the cost of living is approximately 40% lower than in the United States.
The official currency used in the country is Malaysian Ringgit, and 1 USD is equivalent to around 4.22 MYR. It is easy to find ATMs that accept international cards in the country, and credit cards are accepted in most restaurants and hotels.
The official and the largest religion in Malaysia is Islam (with more than 61% of the population identify as Muslims), freedom of religion is protected in the Malaysian Constitution. Buddhism is the second-largest religion (19.8%), followed by Christianity, Hinduism, and Chinese religions.
Malaysia is home to speakers of 137 living languages, but the official language of Malaysia is Malaysian Malay. English is widely spoken and understood in service industries. It is a compulsory subject in primary and secondary school and is the main language spoken in most private universities. Mandarin and Tamil are also widely spoken in the country.
Located within the tropics, Malaysia experiences hot and humid weather all year round. The average temperature in the country is around 20 to 30°C. There are two seasons in the country, including wet and dry. From November to February, the east coast experiences the wet season, while the west coast enjoys sunny and dry weather. The wet season on the west coast is from April to October, while the east coast experience dry season during this period.
Whether on business or holiday, visitors to Malaysia do not normally need a visa. However, those who are planning to stay longer, or even live in the country, will need to obtain permits. The options include Residence Pass-Talent, Multiple Entry Visa, , MM2H (Malaysia My 2nd Home), or permanent residency permit. Each has its own requirements.

Top 4 Reasons to Invest in Malaysia

1. Foreigners can fully own properties in Malaysia – unlike in many other countries, foreign ownership property in Malaysia is liberal. Foreigners are even allowed to own 100% of the property. Of course, there are some limitations, but the overall process is more straightforward and easier than buying a property in other countries, such as Singapore and Hong Kong.
2. Positive economic outlook – since 2010, Malaysia’s economy has constantly been on an upward trajectory, with an average growth of 5.4%. By 2024, the country is expected to achieve its transition from an upper-middle-income economy to a high-income economy.
3. Rising rental prices – the rental yield in some parts of Malaysia ranges from 5.5% to as high as 11%. Rents in the country continue to rise at a modest rate, making it a lucrative investment destination for foreign investors.
4. More affordable than neighboring countries – compared to some of Malaysia’s neighboring counties, the property prices are a lot more affordable. Investors can purchase landed properties for a fraction of the price that it would cost in Hong Kong and Singapore.